Home > Industry News > All News > An Oregon Trail Fit for the Past, Present and Future

An Oregon Trail Fit for the Past, Present and Future

It started its days in the early 1900s as a rail line for extracting valuable timber out of the forests of Columbia County northwest of Portland. By midcentury, the Crown Zellerbach paper and pulp company had turned it into a logging road before all but abandoning it by the 1990s.

Today, after nearly three decades of effort, collaboration and persistence, it has become the Crown Z Trail – a scenic, 25-mile multiuse trail linking the towns of Scappoose and Vernonia.

But the Crown Z is more than just a pathway for pedestrians, cyclists and equestrians. Thanks to a largely volunteer effort to spotlight the rich history of the region through interpretive signs and kiosks, the Crown Z is also a shining example of what a group of volunteers, generous businesses and valuable public partners can do when they put their collective minds to it.

“The partnerships are one of the biggest things about the Crown Z Trail,” says Paul Vogel, executive director of the Columbia Economic Team (CET), which focuses on economic development in Columbia County and has helped fund some of the signage efforts. “They have all made it accessible, usable and interesting to people of all types of mobility and background and interests. We’re lucky to have it.”

The idea for the trail first came to light in 1993. It took 11 years, but in 2004 Columbia County was finally able to purchase 17 miles of the old logging road. Another decade passed before the trail opened to the public in 2014, but it was still only lightly developed and lightly used.

Then in 2016, something happened that set in motion a flurry of activity that would transform the trail: Wayne Naillon, an avid supporter of the Crown Z, died just off the trail. In response, Naillon’s friends, including Dale Latham, pooled together $6,000 to fund a bench or some other kind of memorial on the trail. Latham and Naillon’s nephew met with Casey Garrett — then Columbia County’s general services manager — who recommended using the funds as a partial match for a grant application to the Oregon Parks and Recreation Department.

The result: In 2017 the state awarded the county a $75,000 grant matched by $75,000 in cash and in-kind services from Columbia County. Those funds helped build seven new trailheads for better access to the trail, as well as trailhead kiosks, maps and road signage.

Not long after, just after the CZ Trail Citizens Advisory Committee was formed, Les Watters of the Columbia County Museum Association proposed a unique initiative to incorporate the region’s history into the trail through interpretive signs and kiosks.

“We reached out to the community for pictures and stories to share on kiosks and the website so we could engage visitors of any age with the fascinating narratives of the people and place,” Watters says.

Over the ensuing years — thanks to volunteers, local company Pacific Stainless Products, and organizations like Travel Oregon and Travel Portland — more than 60 interpretive signs and kiosks were added to the trail, covering everything from Native American history and logging to railroad accidents, area geology and a notorious murder case.

“The extensive interpretive signage is like nothing I’ve seen in Oregon,” Latham says. “It really highlights the history of the trail.”

As the Crown Z Trail has transformed and added new amenities, so too has usage increased. That’s been a good thing for Columbia County, which has been working on ways to drive new tourism business. The trail was doing that even before the COVID-19 pandemic hit; since then it’s become even more popular.

“People have used it for a long time for localized recreation,” says Garrett, who grew up near the trail. “Now people are moving out here to live near it. It creates value to have a linear park going through your backyard.”

Anecdotally, Garrett says the trail has drawn new people to the area; it’s become well known enough that area cross-country teams use it for training. Vogel, from CET, says no formal studies have been done yet, but he says it’s clear that folks from Portland and its surrounds are hiking and biking on the trail and fueling up locally with food and fuel.

Though the Crown Z Trail is essentially complete, its transformation will continue. Latham says the next big initiative is to fund and build a new section of trail where the Crown Z enters Vernonia. The goal is to establish an off-road route for the end of the Crown Z that links to the Banks-Vernonia Trail. That trail runs 21 miles to the town of Banks and may someday – if the same kinds of minds that brought the Crown Z to fruition align – link to the proposed Salmonberry Trail.

And if that happens, someone would be able to hop on their bike on the Crown Z in Scappoose and pedal on a trail all the way to the Oregon Coast. 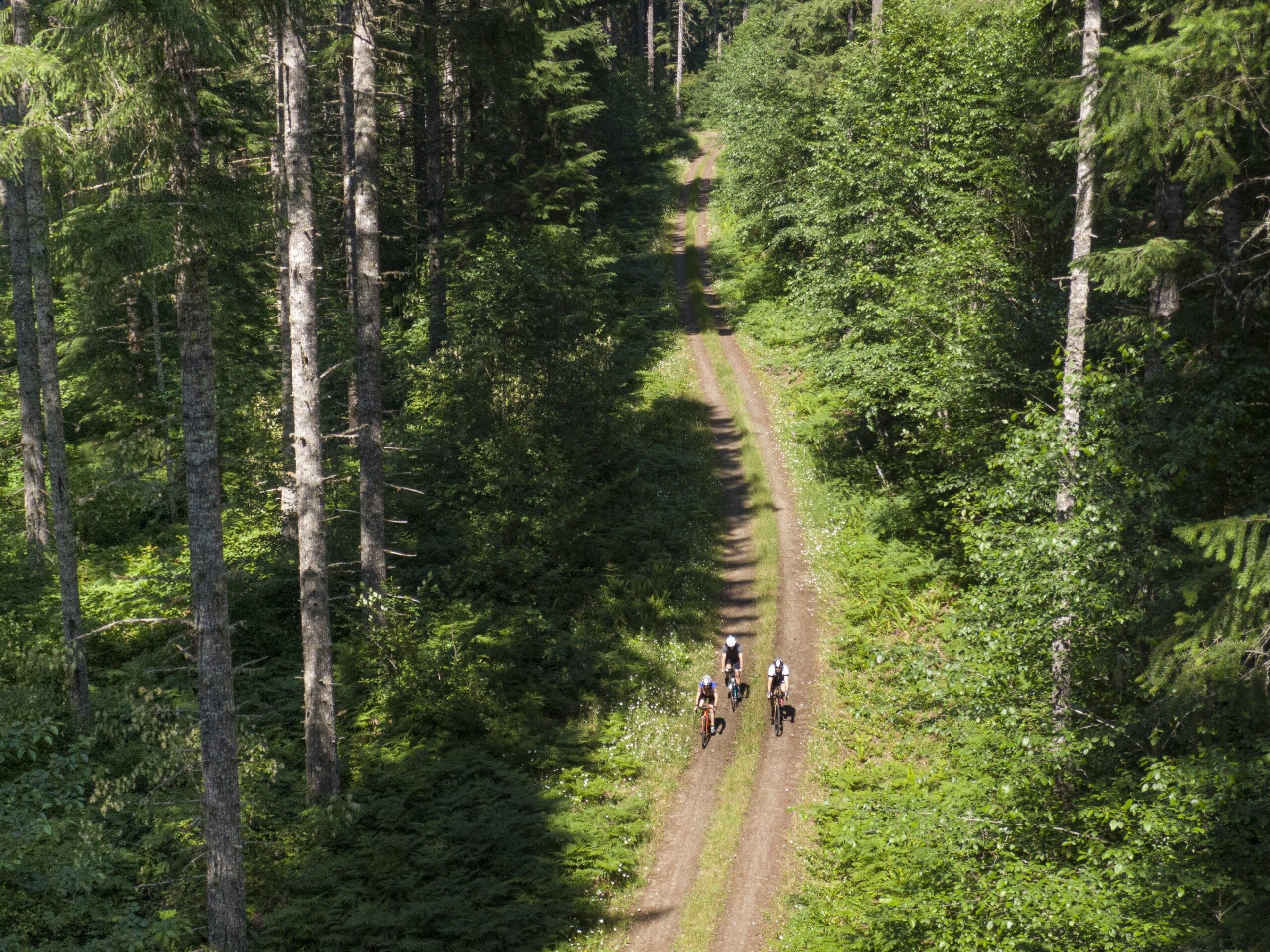