Home > Industry News > All News > The Capitol Christmas Tree Made Its Way to D.C. from Oregon

The Capitol Christmas Tree Made Its Way to D.C. from Oregon

The West Lawn of Capitol Hill is proudly glowing bright with 2018’s Capitol Christmas Tree harvested from the Willamette National Forest. The 82-foot tree is the US Capitol’s first Noble Fir tree to stand tall on the West Lawn. In early December, Oregon Tourism Commissioners and Travel Oregon staff, 4th grade poem winner Brigette Harrington and her family, and dozens of other Oregonians traveled to Washington D.C. to celebrate the lighting of The People’s Tree. This was the crowning moment of a year-long project that brought on new and existing partnerships with the United States Forest Service, Travel Oregon, Willamette National Forest, Choose Outdoors and the Willamette Valley Visitors Association.

The theme for the 2018 Capitol Christmas Tree was “Find Your Trail!” in recognition of the two 2018 milestone anniversaries: the 50th anniversary of the National Trails System Act and the 175th commemoration of the Oregon Trail. The tree departed from Sweet Home, Oregon where it began its 3,000 cross-country journey following the reverse path of the Oregon Trail. Along the tour, the tree stopped in numerous Oregon communities who held holiday events including: Sweet Home, Albany, Springfield, Oregon City, Bend, Salem, and Baker City. During each of these stops, dozens to hundreds of people greeted the tree, signed their name on the banner of the truck and snapped their photos. The tree then continued its journey to Washington DC and was visited by over 30,000 people, sharing the magic of Oregon along the way. 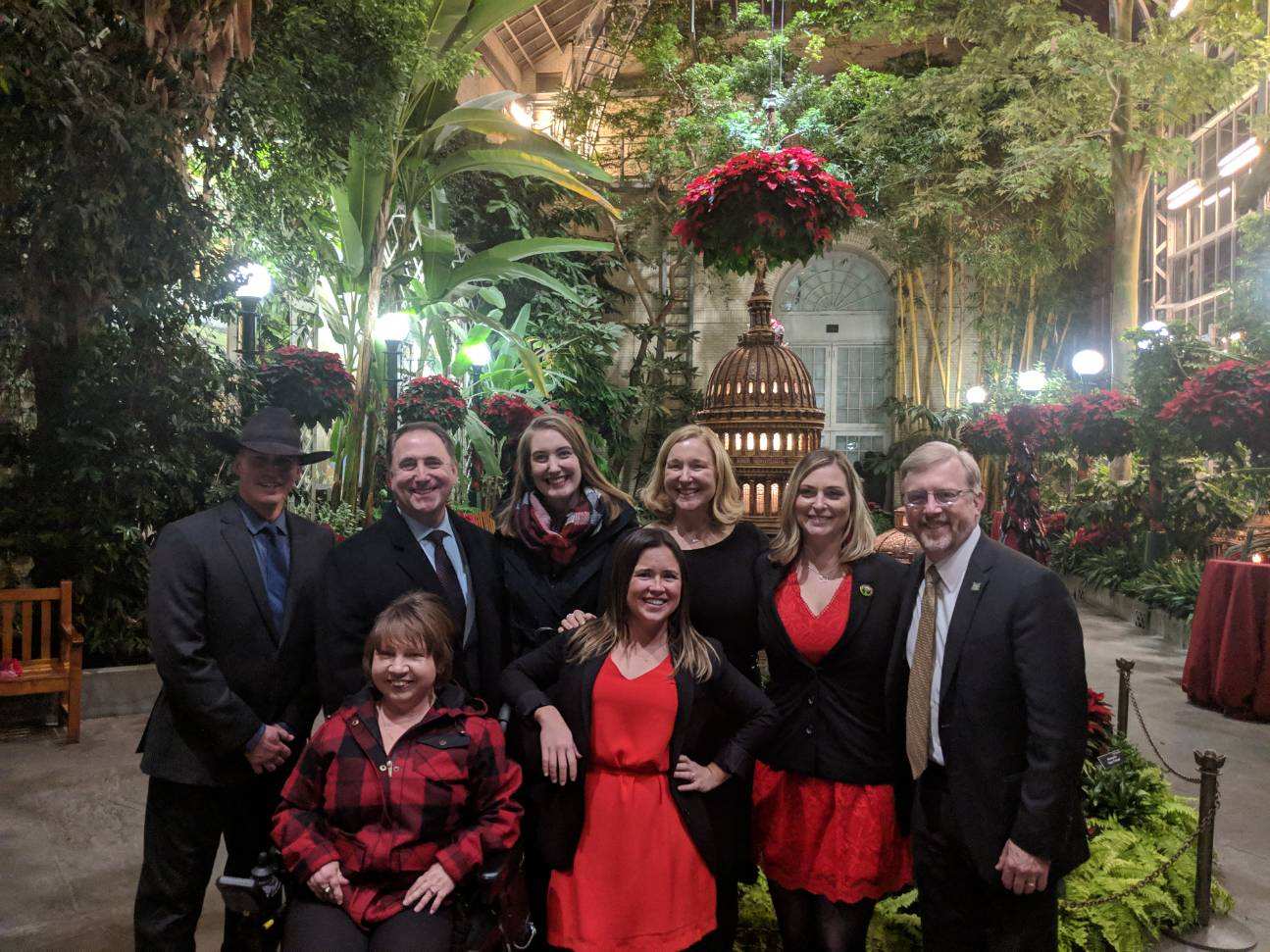