Biking and hiking in the Columbia River Gorge is about to get even more scenic and accessible. The Oregon Department of Transportation (ODOT), Oregon Parks and Recreation Department (OPRD) and Travel Oregon are unveiling the newest three-mile segment of the Historic Columbia River Highway State Trail with a dedication ceremony on Saturday, August 3.

“What we have now is a set of day hikes and bike rides through the Gorge. Each of the sections of the Historic Highway that have been restored so far have been extremely popular. But when you connect them all together, it will be transformative, creating a world-class destination for multi-day trips. This is a situation where the whole is really greater than a sum of its parts,” said Arthur Babitz, chair of the Historic Columbia River Highway Advisory Committee and former mayor of Hood River.

In the early 1950s, many miles of the Historic Columbia River Highway were damaged or destroyed to pave the way for Interstate 84. The passage of the Columbia River Gorge National Scenic Act in 1986 motivated the Oregon State Legislature to commit to restore the entire Historic Highway to its glory days of the 1920s.

This new portion of the State Trail is furthering efforts to restore all 73 miles of the Historic Columbia River Highway from Troutdale to The Dalles. Some segments will be accessible to cars and cyclists, while other segments, known as the Historic Highway State Trail and managed by OPRD, will be accessible only by people walking, rolling or biking.

To date, 68 of the original 73 miles have been reconnected. Now, only five more challenging miles remain between Viento State Park and Hood River to fully reconnect the Historic Highway. When completed, this route will draw visitors— including cyclists and trekkers—from around the globe who can experience the spectacular Columbia River Gorge the way it was meant to be seen—from beautiful vistas, next to cascading waterfalls and inside basalt tunnels—all while visiting welcoming towns along the way.

“The Historic Highway State Trail is a treasure for Oregonians and visitors alike,” said Todd Davidson, Travel Oregon CEO. “These world-class infrastructure projects enhance the Oregon experience and positively impact the economies in the communities surrounding the trail.”

The ribbon cutting will begin at 10 a.m. on Saturday, August 3 at the new trailhead, located off Exit 51 on Interstate 84. All are invited to explore the trail on foot or by bike between 11 a.m. and 6 p.m.

Planning to attend? Consider going car-free: join a group bike ride that will depart from the Bridge of the Gods in Cascade Locks at 9 a.m. (the ride is rated C+ with moderate terrain, rolling short steep hills, sustained climbs and is about 6.5 miles one way to the Wyeth Trailhead); or, take the Columbia Gorge Express from the Gateway Transit Center, Cascade Locks or Hood River (the Columbia Gorge Express will be making a special stop at Wyeth for the celebration). Please note, buses can only carry a limited number of bicycles.

Partners who have collaborated on reconnecting the Historic Highway State Trail include ODOT, OPRD, including the State Historic Preservation Office, Hood River County, the U.S. Forest Service and Travel Oregon. 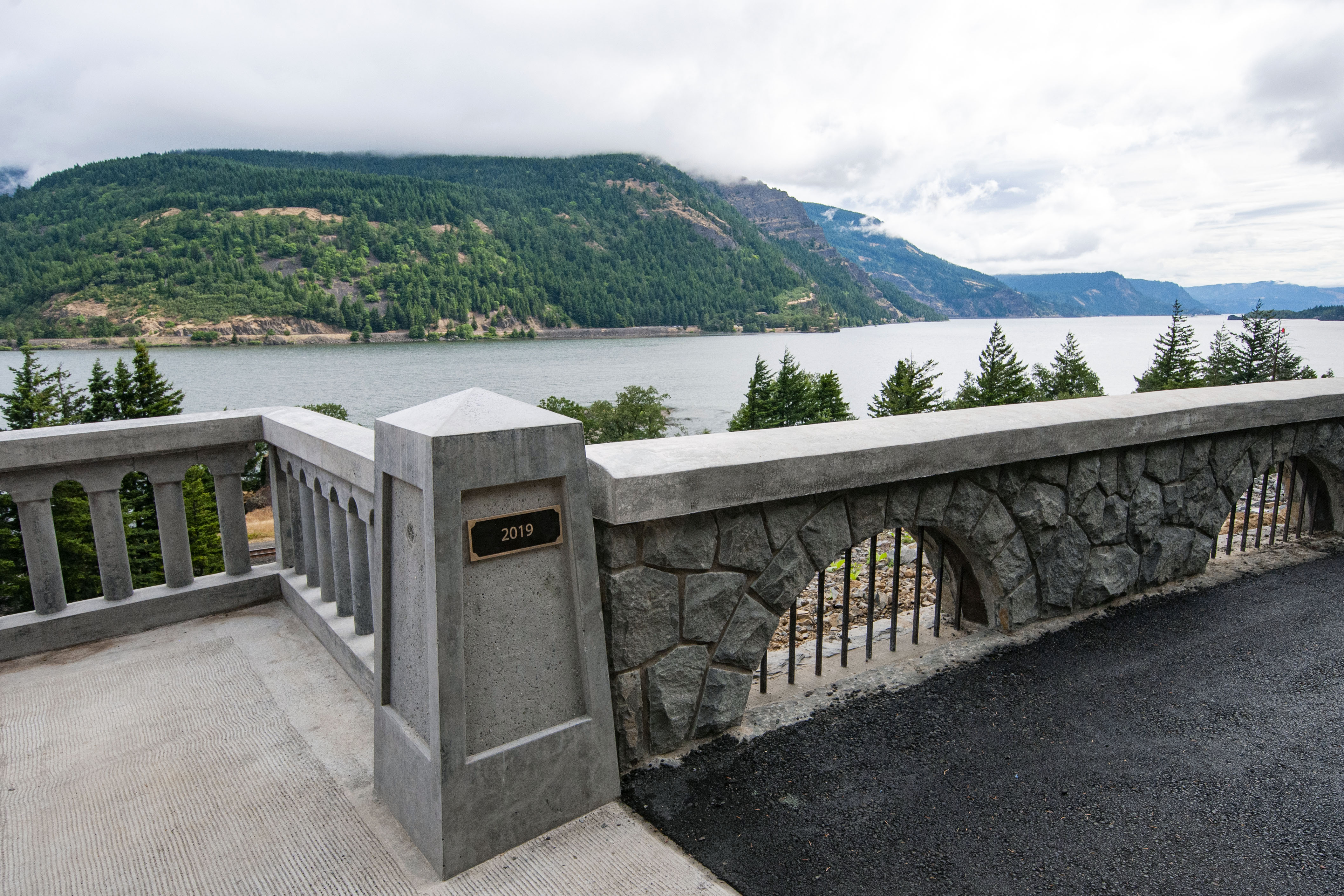