How Some of Oregon’s Tribes Have Navigated the Pandemic

The COVID-19 pandemic has put the tough decisions businesses must make at the forefront of public discussion. How do you keep doors open while making sure your employees and community are taken care of? In the midst of these dire times, a number of models have emerged for executing this difficult balancing act.

From the Confederated Tribes of Grand Ronde student technology grant, which provided students with funding to purchase equipment to support remote and online learning, to the Cow Creek Band of Umpqua Tribe of Indians dedicating funding for a 3D printer for a local company to produce PPE for Southern Oregon residents, to the Klamath Tribes and Confederated Tribes of the Umatilla Indian Reservation (CTUIR) leading vaccination efforts in their respective counties, Oregon’s nine federally recognized tribes have demonstrated both resiliency and commitment to community during the pandemic.

As sovereign nations, Oregon’s tribes were not obligated to follow the state’s guidance, but often they led the way and initiated public-health practices while also supporting employees and expanding access to critical resources to more than their tribal members as a way to support their larger communities.

While maintaining the business was obviously important, Wildhorse Resort and Casino, located just outside Pendleton, also worked with CTUIR to make sure the entire community was supported during this difficult time.

Wildhorse paid laid-off employees full salaries and medical benefits for weeks after they lost their jobs. Likewise, when massive wildfires struck the state last summer, Wildhorse made sure to provide employees hazard pay throughout the entire time the smoke-filled casino was closed.

In collaboration with the Yellowhawk Tribal Health Center, they also provided COVID-19 testing and ultimately vaccinations for all employees. Soon after, they opened up the site to all students in Umatilla County, and Wildhorse became a community vaccination site.

“Initially, the CTUIR provided vaccinations earlier than the county did and was vaccinating students before the county did,” says Mary Liberty-Traughber, public relations manager for Wildhorse Resort and Casino.

To date, CTUIR have reported a total of 256 cases of COVID-19 with one death. Umatilla County, in comparison, has reported 8,497 cases and 86 deaths, according to the Oregon Health Authority.

On Feb. 23 and 24, Yellowhawk hosted a two-day clinic in partnership with the Oregon National Guard that vaccinated 978 people, according to a report from East Oregonian. A breakdown of patients later revealed that 85% of those vaccinated were nontribal members.

“The vaccination clinics held at Wildhorse were a huge success,” says Liberty-Traughber. “Personally, it made me so happy to have people tell me how grateful they were that the CTUIR, Yellowhawk and Wildhorse provided this opportunity. A ton of work went on behind the scenes, but each clinic went so smoothly, you’d have thought they did this all the time.”

Ellsworth Lang, general manager of the KLA-MO-YA Sleep Inn Hotel in Chiloquin, recalls that amid shutdowns, the No. 1 priority of the Klamath Tribes was minimizing the economic effect on employees, while also mitigating the spread of the virus.

Early on, they met with the Klamath Tribal Council and decided to pay staff 100% of their wages and all medical benefits during any closures.

“It showed that the tribes, the hotel, the casino really wanted to work on retention of our staff,” says Lang. “We wanted as little negative effect for our employees [as possible] so that they could get through and navigate the pandemic to be able to meet their obligations.”

When staff were able to come back, the KLA-MO-YA Sleep Inn provided COVID-19 screening clinics company-wide and outfitted staff and their families with PPE.

The Klamath Tribes, through Klamath Tribal Health and Family Services, got its first shipment of vaccines in December and responded with a sense of urgency, knowing more than half of the 5,000 tribal members were high risk, according to a recent report from FEMA.

Vaccination clinics began with Klamath Tribes members, then expanded to local fire and rescue workers and students from the Oregon Institute of Technology. According to FEMA, the clinics provided 100 to 200 vaccinations weekly. Two clinics in particular served nearly 1,000 patients each, says Lang.

Throughout the process, he says supervisors were constantly communicating with staff to see if they needed anything. In addition to vaccines, the KLA-MO-YA Sleep Inn also provided gift cards to grocery stores for anyone who needed support with food and supplies.

Going forward, Lang hopes to help increase vaccination opportunities and education. As for right now, he’s happy with how the hotel and the community have banded together.

“We had a really, really good rapport and morale for folks who actually came back, even though there was a lot of hesitancy from folks [not] knowing what was going to happen, because this pandemic was so shocking to our community, as well as the nation,” says Lang. 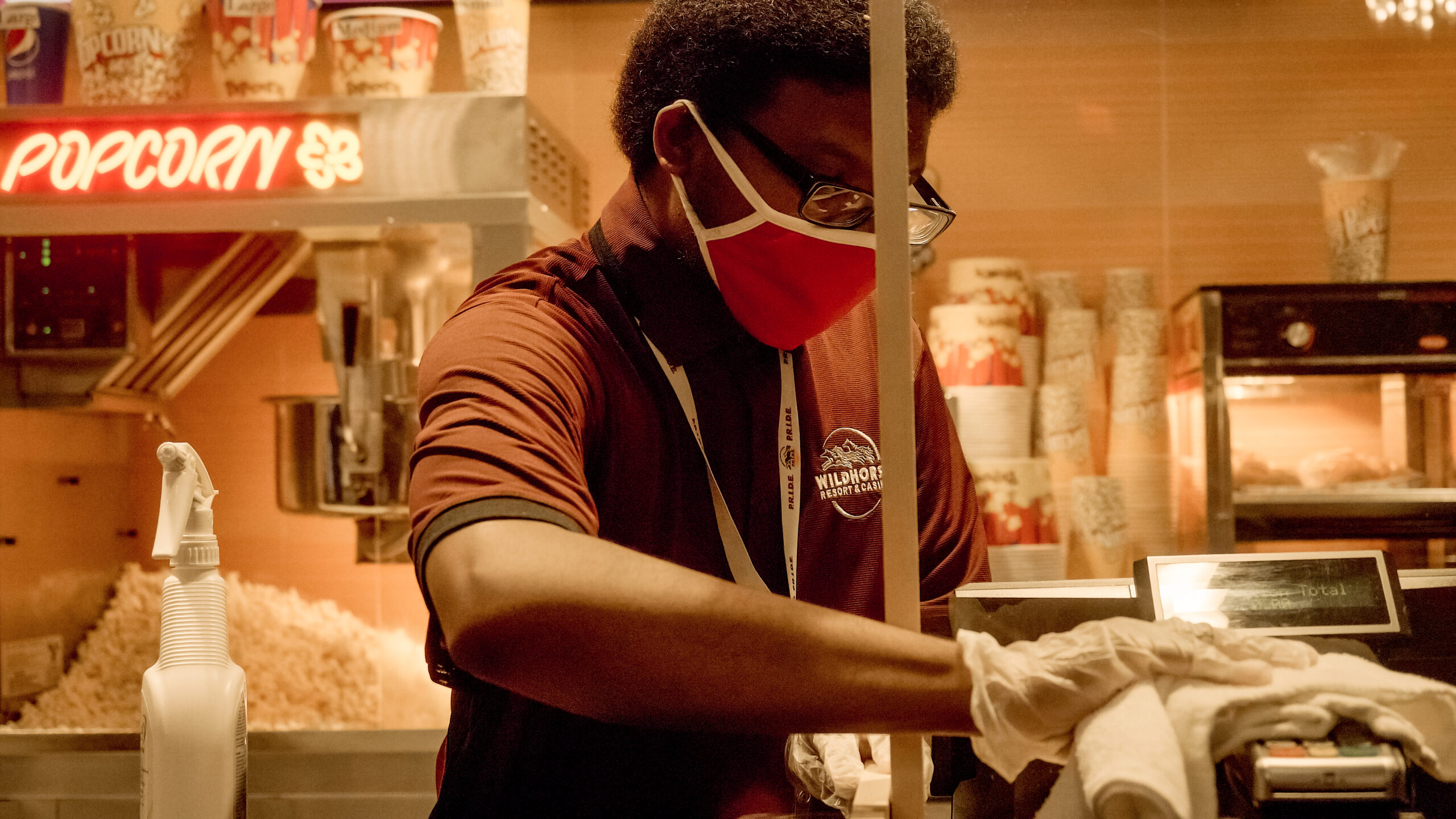