The Oregon Coast Visitors Association (OCVA), the regional destination management organization (RDMO) for the state’s 363-mile coastline, is leading efforts to tackle climate change. The nonprofit is one of more than 400 tourism entities that has joined Tourism Declares a Climate Emergency, an international initiative consisting of travel organizations and businesses that are acting to reduce carbon emissions 55% below 2017 levels by the year 2030.

OCVA signed the Tourism Declares initiative in the spring of 2021 and got right to work. The organization contracted a climate scientist to help with the data and, by using the five-step format outlined by the Glasgow Declaration launched at last November’s COP26 Climate Summit, OCVA is busy preparing a climate-action plan that it hopes to share with destination partners by spring 2022.

According to OCVA deputy director Arica Sears, climate change has been having an impact on the Coast for years.

“Some of the highest levels of ocean acidification have been recorded off the Oregon Coast, and local fishermen have already been impacted,” Sears says. “In the early 2000s, the oyster industry started working with local governments for funding to create safe ocean environments to grow oysters. The Northwest Dairy Association has committed to a carbon-neutral future. OCVA isn’t doing anything new with climate action. We’re just trying to catch up.”

OCVA’s climate plan is ambitious, but Sears is confident the organization is making progress. One topic Sears is particularly excited about is the potential for an electric West Coast highway. The funding for electric-vehicle charging stations already exists in Oregon, she says, and she’s pushing for some of it to be directed toward Highway 101.

“I’d like for visitors to be able to drive the Oregon Coast north to south and recharge their electric vehicle all along the way,” Sears says. “This would open up the opportunity for OCVA to create an itinerary for an entirely new category of tourist.”

Sears points out that some Oregon Coast businesses are also getting a leg up on their own climate actions. Buoy Beer in Astoria is capturing their carbon, and 7 Devils Brewing in Coos Bay is looking at climate-friendly practices. And all three of the Coast’s Oregon Food Trails focus on local food-supply chains and carry a lower carbon footprint. Sears believes there is a potential market for climate-minded visitors. “We want to find them and get them here,” she says.

Through this work, OCVA also hopes to support coastal businesses and DMOs with things such as upgrading appliances, installing solar panels and reducing waste — but Sears admits the information and red tape involved can be overwhelming. This is exactly why OCVA is stepping up.

“One of the most important things OCVA can do is to provide useful information to our community partners, and our climate plan will reflect that,” Sears says. “What we’re doing by joining Tourism Declares and preparing our own climate plan is not only crucial to our local businesses and economy, it’s crucial to the overall visitor experience. If we don’t work on these things now, we’ll pay for it in the future.” 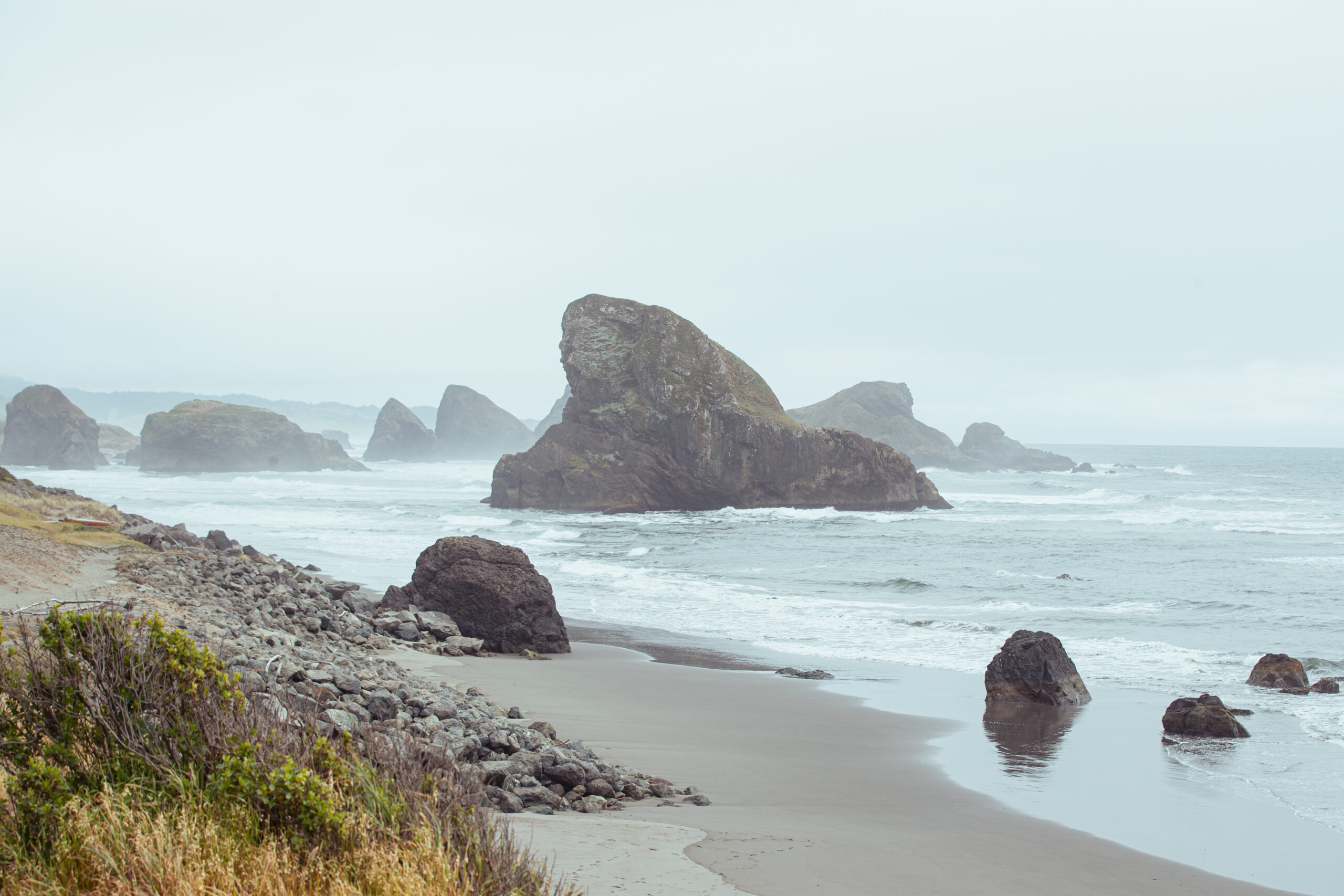