One of the newest additions to Portland’s Mississippi Avenue dining scene, Stem Wine Bar showcases wines from around the world, with a strong focus on promoting an oft-overlooked population in the wine industry: women.

At its helm is owner and wine director Wei-En Tan, who launched Stem in February 2020 (as 45 North), a mere five weeks before the coronavirus pandemic forced local bars and restaurants to quickly reimagine their business models.

“The shutdown changed everything,” says Tan. “We pivoted immediately to same-day online delivery of wines and flights, and I started driving wines out within a 30-mile radius of Portland. Later down the road, we also started delivering and serving tasting flights, and then, as the shutdown continued, we started offering virtual tasting sessions.”

Stem eventually reopened to the public, complete with outdoor seating, in June 2020 but has continued to keep virtual tastings and wine-flight delivery among their offerings. They’ve also launched a nationwide wine club, while continuing to center women winemakers in their offerings. “The female winemakers we feature are strong, creative, indomitable,” Tan says.

Tan herself is a remarkable woman, to put it mildly. Born in Singapore and raised partially on her family’s vineyards in France, she’s held leadership roles in venture capital, clean energy, and aerospace, and has founded an AI-driven medical-imaging company. Tan also holds multiple Ivy League degrees — including a Ph.D. from Stanford University — and has worked as a commercial pilot and flight instructor.

“Women represent approximately 10% of winemakers domestically, and likely that number is even smaller globally,” Tan points out. “As a pilot, I was mentored and helped by other women pilots who had blazed new trails and who taught me the power of advocacy, which I wanted to bring to wine.”

As an Asian person and as a woman, Tan is no stranger to discrimination, although she stresses that this is not specific to any industry. “I would wager that female Asian winemakers are probably a rarity,” she says. “Being visible in the community is a first step,” she continues. Stem is certainly contributing to that visibility: The company’s GM, Gabrielle Li, is an Asian American woman, and almost all of their staff are women.

“I feel hopeful because Portland is home to an extremely progressive community,” Tan says, ”and it is only with the support of the local community that we can begin to overcome these challenges.” 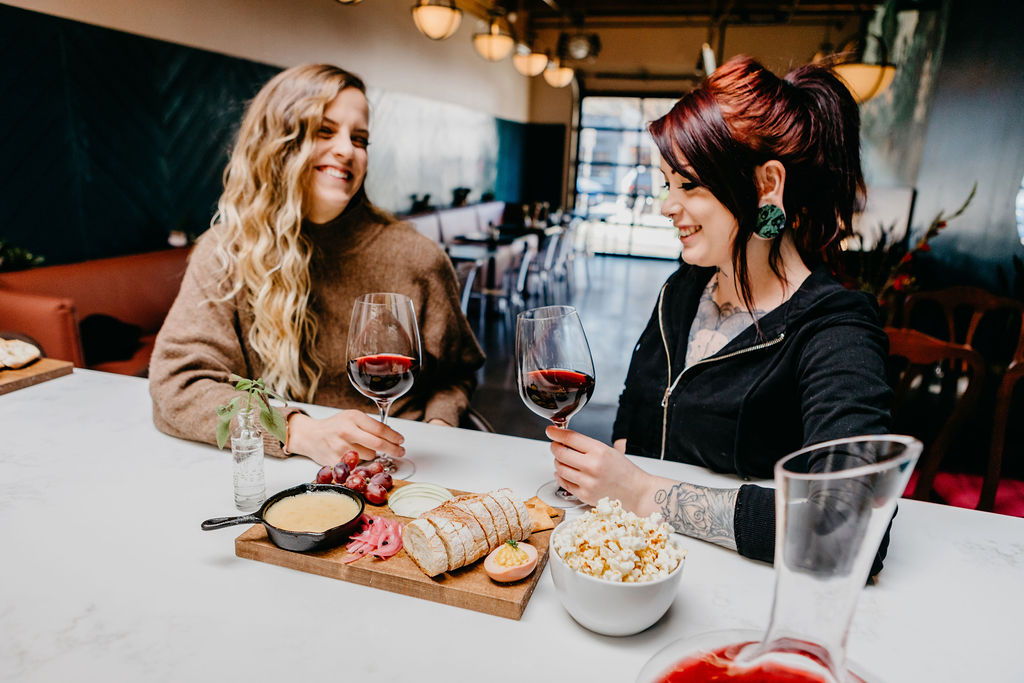